The Olympiad is conducted in 6 stages which are as follows:

Our 7 students qualified the exam and 1 student also qualified for Regional Mathematical Olympiad (RMO). Which is highest and first time in Sikar. 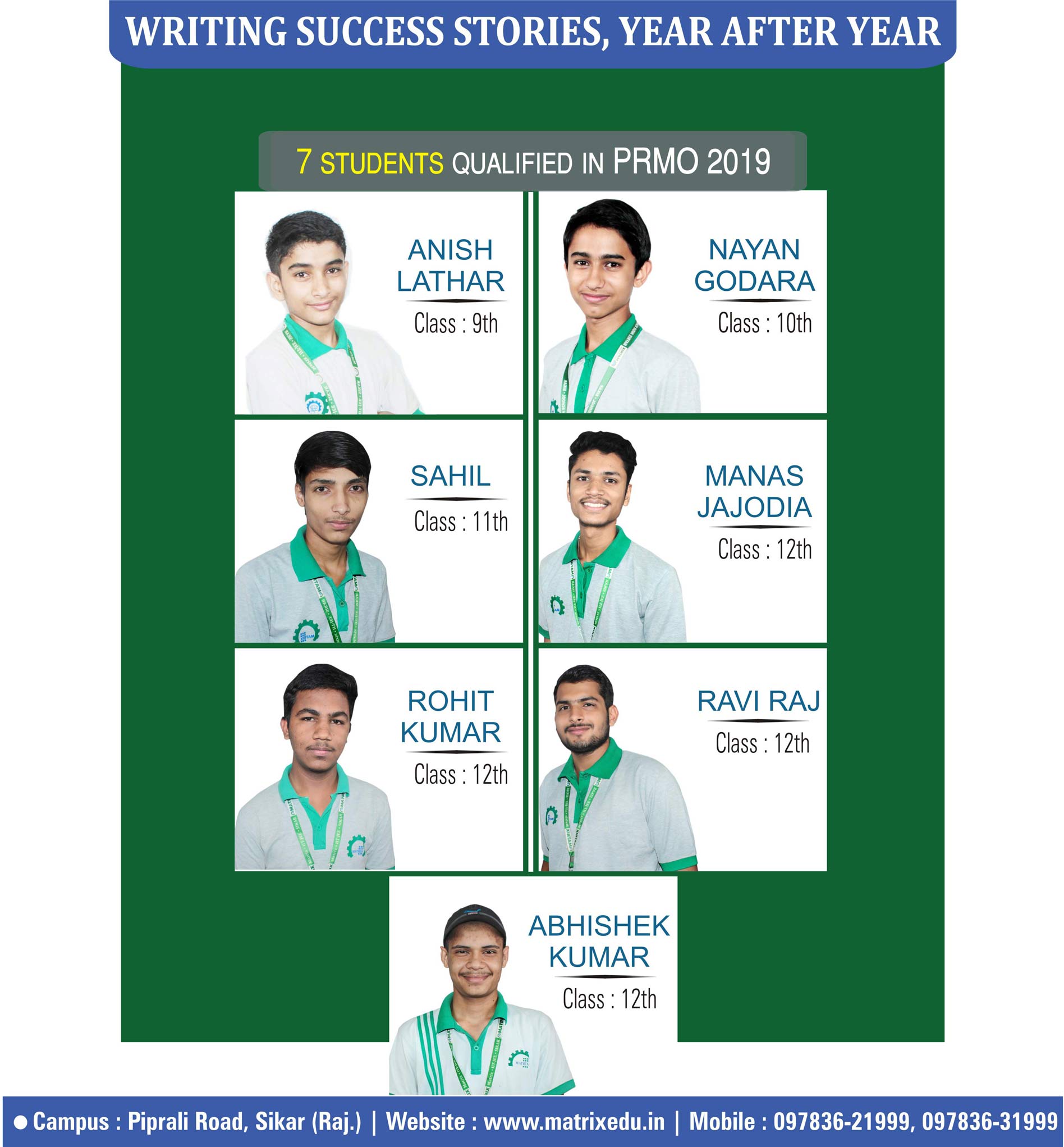